The space between people 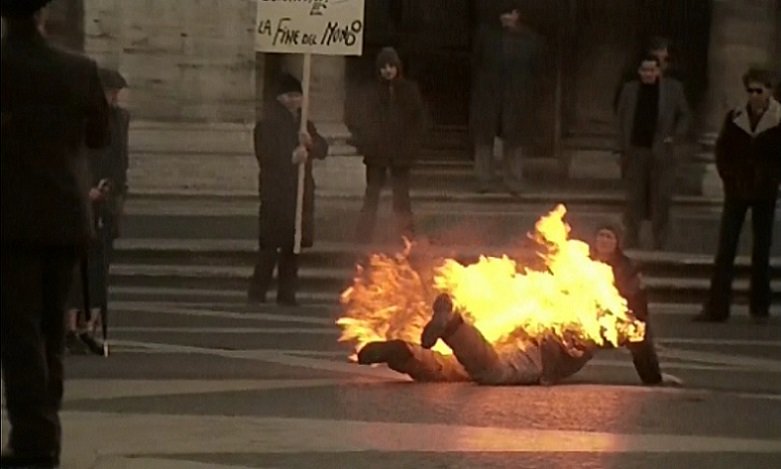 Joe (a Native from the Great Lake District in Canada, orange fleece sweater, sneakers, jeans) lives with a constant awareness of seven generations ahead and behind him. He tells me how he, when making an important choice, projects the impact of that choice into seven generations in the future, than seven generations in the past. I realize that the time zone in which I live is small. I realize that I only live in my own time. I long to stretch the time around me, to get to know my ancestors, to develop a faith in the time after me, the time without me. If time is a space in which you reside, I imagine that the walls that were always there slowly crumble. That I can reveal space with my thinking. That new space, new time is released.

The theatre is a space without walls. A room without a stand, without a podium, without a foyer and without a wardrobe. Theatre takes place in the space between people. We come together, share our time and our stories. That is theatre. No more and no less.

I’m late. The church is full. A young man is buried. I know his brother. At the front I see him sitting next to his father. In the back, on a small increase, there is still room. A church full of bent backs stretches in front of me. Backs in suit. Dark blue, black. Occasionally a dress. The sadness has settled in the shoulders. They are waiting for touch likelonely animals. Only centimeters away from each other, chair on chair, row after row. A small touch, accidental bumping, would be a relief. But nobody touches anyone for an hour. Nowhere is a hand placed on a shoulder. Then the brother breaks. He grabs his father and cries. All those present take a breath of fresh air. Everyone was touched for a moment. Then father and son sit down again and fall back into the old pattern. Together alone.

Theater is meeting, we keep repeating. We share time and space. We are present. We hope to be present. We sit side by side, look at each other and hope to be together. “As long as we do not enter the same door, we are not together,” says an actor with whom I work. The artist entrance, the entrance. Two doors to the same room.

I am reminded of a scene from Nostalgia of Tarkovsky. An old man stands on top of a stone horse on an immense Italian square surrounded by stairs and colossal buildings. In one long movement, Tarkovsky mainly films the people who listen, or rather, do not listen. Lethargic they stare ahead. The old man calls as hard as he can:

Which ancestor still speaks to me?
I can not live in my head and in my body at the same time. That’s why I can not be one and the same person. In one moment I can feel endlessly many different things.
The real evil of our time is that there are no great masters anymore. The way of our hearts is covered with shadows. We must listen to the voices that seem useless. In our brains, completely filled with the long sewer pipes of school walls, asphalt and medical assistance, the buzz of insects must finally penetrate once again. Everyone’s ears and eyes must be filled with things that are the beginning of a big dream. Someone has to shout that we are going to build pyramids. It does not matter if we don’t. The wish must be awakened. We have to draw the mind in all directions, as if it were an infinitely stretchable sheet.
If you want the world to move forward, we must join forces. We have to mix, the so-called sent with the so-called sick. Hey healthy people! What does your health mean? All eyes of mankind are focused on the ravine, where we will all fall into.

We have nothing on freedom if you do not dare to look at us. If you do not eat, drink, sleep with us. It is precisely the so-called healthy people who have put the world on the brink of catastrophe.
I conclude a new treaty with the world: let the sun shine at night and snow fall in August. The great things come to an end, the little things continue. Society must become a whole again and not so crumbled. We must return to the basic principles of life without polluting the water.
What is this kind of world as a fool you have to tell that you should be ashamed? … And now music!
The man showers himself with petrol.
I forgot this
O mother, oh mother
The air is weightless, circling around your head
and becomes clearer when you laugh.

The people in the square are silent and looking away. A large shepherd dog, tied to a stone pillar, barks and tries to tear herself away. The old man falls on the ground burning.

A few years ago I visited a Candomble ceremony one evening in Salvador (Brazil). Slaves were forced into the church by the Portuguese settler. In rectangular buildings with pews in rows they had to dedicate the Catholic mass. They developed their own ritual, the Candomble.

The evening starts quietly. The visitors sit in the pews, the priest is at the front. The altar is like a stage. I am stunned by the unpleasant feeling that a play is being performed here. No longer for the settlers, but now for us, the tourists. Then, slowly, everything changes. The space, the proportions. At the site of the altar is now danced around. People come from everywhere, stand up from the banks. The division between tribune and stage, between pews and altar, disappears. The church seems to have become the village square again. They acted as if they were committing the mass, obeying for a short time the space dictated by watching, and then completely denying that same space. The rectangular building, the walls: only a temporary mold. People dance through the sand in a trance. Someone cries out, falls, and is helped. Apparent chaos carried out with care. People dance around and around. All attention on each other. Now it is only the tourists who sit in rows on the benches. They do not participate. They watch. Do not move.

Somewhere in Japan they break their convent every ten years and then rebuild it. To know how it is built, why it is being built. To pass on, transfer. Are we able to do this? Abort to rebuild? What would happen if we carefully demolished all theaters? Stone by the stone, chair by chair, coffee cups, curtains. Everything on display. And then rebuild. What would we build then? Exactly the same?

An open space between people

The sister of the bride is going to dance. Everyone stands up, moves his chair backwards, makes room. She walks over. Shy, because now she has to. An open space has been created, a small open space between the people. Around chairs, behind people on tables, standing. She starts her dance reluctantly. Without music. Everyone holds their breath. Very slowly she conquers the space, the people. The wrong music is being set up. She insists. The good music. Energetic, full of surrender. She does, she dares. We look at her and at each other. Never before did I see an audience so sympathetically. Never before have I seen the bond, the involvement, the connection between the performer and the viewer so clear: intense, direct, dependent. She dances and can not do without us. We look and can not live without her. We need each other to be there, to dare to be there. Everyone is crying. Even the bride.